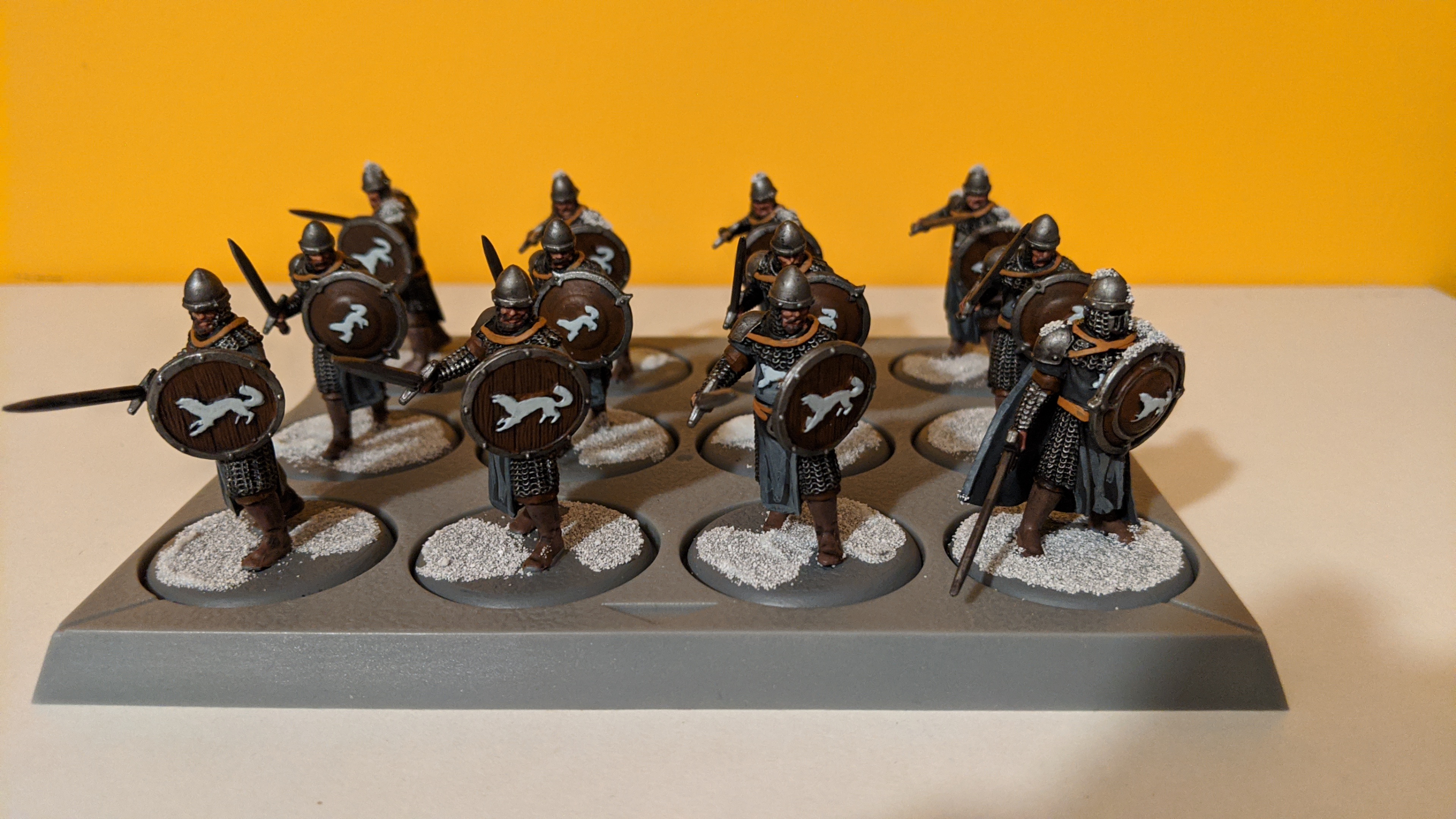 Voila, regiment number two fighting for the Starks. These guys were a lot quicker to paints than the first one, mainly because I already had a finished color scheme to rely on. It was also much quicker to paint the white wolves on their shields and tunics. Originally I would use a Ceramite White basecoat and then White Scar on top. This always turned out to a lumpy texture, something I’ve since learned is due to the pigment being Titanium Oxide, which is tends to clump. Instead I now use Ulthuan Grey, which is hardly distinguishable unless you see them side-by-side. It also gives the added benefit of being able to highlight with pure white if needed.

These guys were finished in a bit of a rush towards the end because something very special arrived. I’d been waiting for my Element Games order for a while, but because of Coronavirus and lockdowns, they’d been postponing deliveries indefinitely (well, until GW opened their distribution centre again). Yesterday, I received my order though and I’m now the proud owner of my first set of Citadel Contrast paints! I’m very excited about these for helping me speed up my army painting. I’m going to give them a go on the cultists for Cthulhu: Death May Die, so stay tuned!