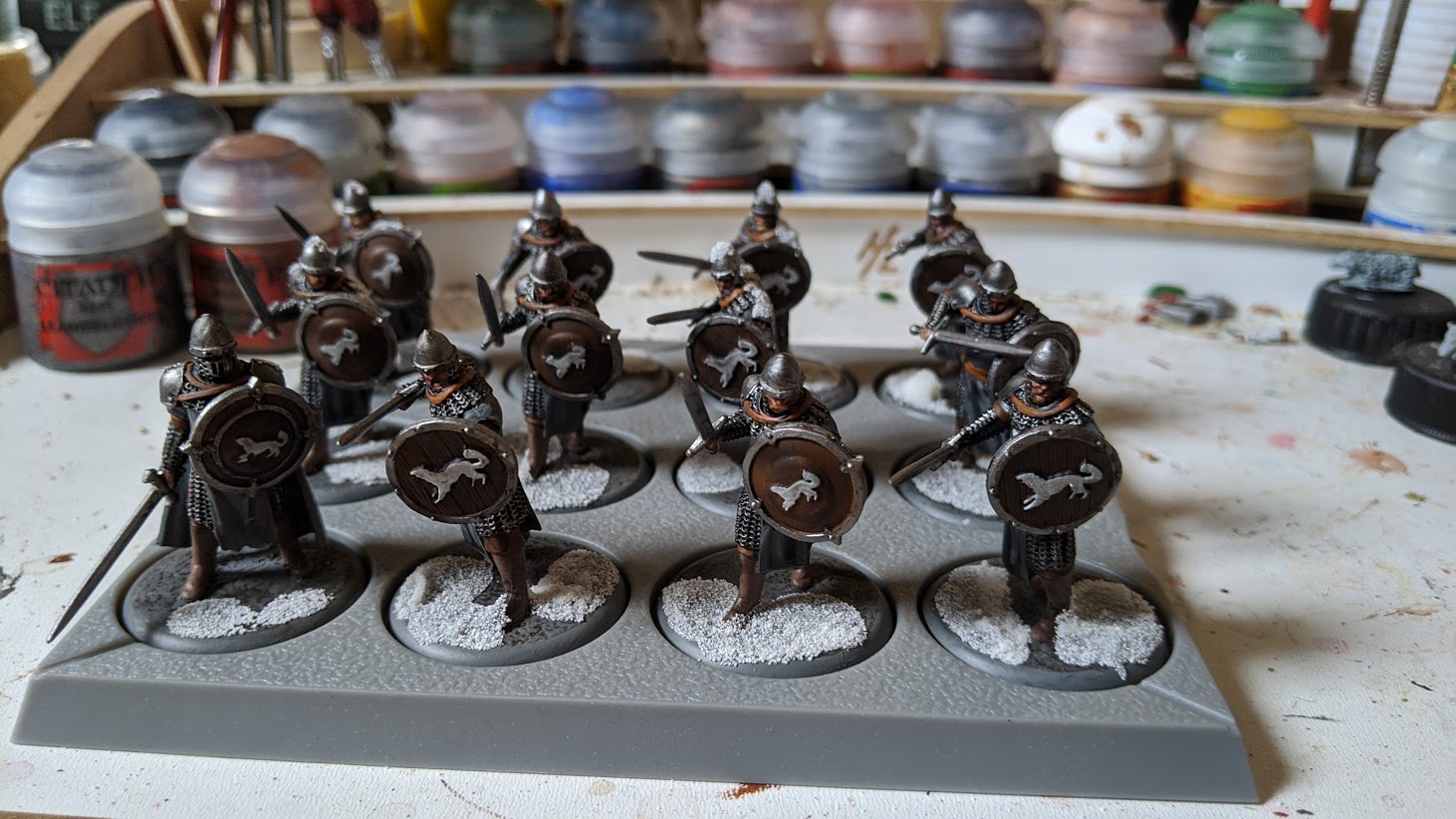 Finally done! I have to admit, these took me far longer than I would have liked. They sat on my painting table all through and since I painted the Cherusci Warrior through October and November. It was a bit of a slog to get back into painting and to actually finish them, but now that they’re done, I’m actually very happy with them.

The snow bases I’ve wanted to do for a while now. I bought the snow flock specifically for the Starks, so I could put it on their bases and the movement trays. I think it really makes it feel like the minis are coming out of the cold. I also wanted to put some rocks on the bases, but they’re up in the loft and I couldn’t muster the energey to go get them down.

I have another unit of the Sworn Swords to paint and then some Stark Bowmen and Berserkers, but before I do that, I’m going to go and start a new series: Painting my [Cthulhu: Death May Die]cthulhu minis (or at least some of them). I think I’ll start with a couple of the investigators before I turn back to this series.

But first, I have a dozen sheep that need painting, which should (hopefully) be quick1.