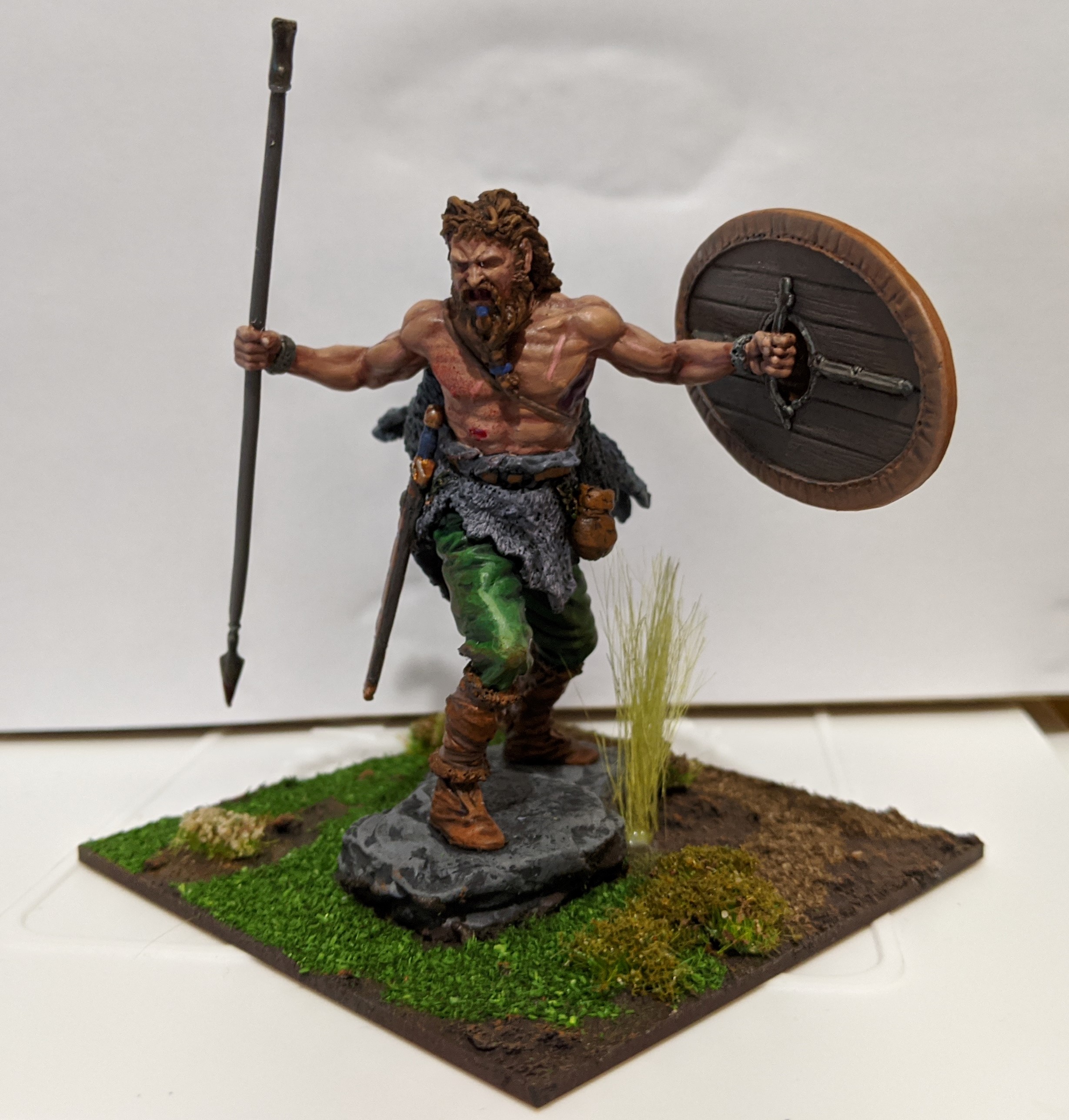 I’ve not posted any pictures or updates about this one before, because it is going to be a Christmas present and I don’t want the intended recipient to find out too soon!

This is a Chrusci warrior, one of several tribes that gave the Romans a bloody nose at the Battle of the Teutoburg Forest. I made him Cherusci specifically because of the famous (German) song about the battle, whose third verse starts:

I really enjoyed panting this guy, particularly the planned (and unplanned) conversions. The spear originally held some sort of boar icon on the top. I didn’t like it very much and I don’t think it would have been practical in battle either, since you don’t want additional weight at the back of the spear. I also managed to lose one of the swords that are strapped to his side. So I improvised the bag through some green stuff and a modelling tool. It came out quite well, I think and you can only tell on close inspection that it wasn’t meant to be part of the model.

In terms of size, its hard to tell in pictures, but this is a 54mm model, so I had plenty of space to experiment and try new techniques. The most interesting of which was the glazing. On his torso, I layered the flesh repeatedly with very, very thin Cadian Fleshtone to build up the colour. What I learned is that I should have taken this a step further with zenithal highlighting and made the top of his pecs lighter than the bottom for example. I also tried my hand at some scratches on his shield to simulate battle damage, but it did not come out right at all, so I had to paint over it again. Perhaps it just works better on 28mm/32mm models.

Now it’s a case of literally packing him into cotton wool and then a box to keep him secure through the flight. It would be a shame if he got damaged after all that work.